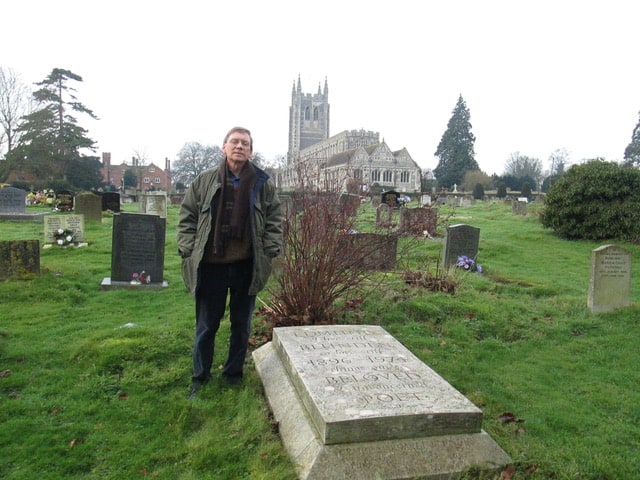 John Greening, poet, critic, playwright and editor of the latest edition of Undertones of War takes a look at Blunden’s literary legacy.

‘That’s where the difficulty is, over there’

From the years following the First World War up until the mid-1950s, although he was often abroad Edmund Blunden was at the heart of literary England, repeatedly called on to edit, comment, review, introduce, endorse. He and his books seemed to be everywhere, and the bibliography of his publications would eventually run to 700 pages. But well before he died in 1974 some of his volumes had begun to retreat to the second-hand bookshops. All you will find in print today are a few small-press titles, Robyn Marsack’s excellent Carcanet selections of poems and prose and, of course, Undertones of War. Undertones is a world unto itself and somehow stands apart from Blunden the poet – as the Rite of Spring does from Stravinsky – like a natural phenomenon, a force of nature, rather than a man-made work. After its publication in 1928 there were many more decades of productivity, but while people went on reading the memoir, the poetry gradually lost its wider readership. The poets of the Thirties seemed to owe little to him, although Auden was impressed when he saw that Betjeman had Blunden’s work on his shelves; and, respectful though they were, the Apocalypse poets and the Movement had other fish to fry. It was only when Ted Hughes emerged that it was possible to see how the Blunden style had seeped down the generations. Comparing Blunden and Hughes’s respective pike poems, it might be hard to find similarities; but it’s evident what the younger man might have learnt from, say, ‘Third Ypres’ or ‘Clare’s Ghost’.

Barry Webb’s superb 1990 biography stirred interest and was widely reviewed, but for all the efforts of edmundblunden.org and its supporters over the past three decades there has been no convincing resurgence as there has for David Jones and Ivor Gurney and indeed for war writings by women and minorities. In 2013, Tim Kendall’s best-selling Oxford anthology helped remind readers that there is more to First World War poetry than Owen and Sassoon, but it didn’t do a great deal to persuade them of Blunden’s wider significance. He was after all a pastoral poet, and that is in itself a tricky genre today, one which has to some extent been rebranded as the rather less genteel-sounding ‘eco-poetry’. As for his influence on this environmentally conscious generation, there is a clear line of descent to Alice Oswald, David Morley (especially his Clare sequence) and the young Kentish poet Robert Selby; but it is in Andrew Motion that I think the spirit of Blunden is most distinct. Motion is similarly steeped in the poetry of other ages, fascinated by Keats and drawn to the byways of literary history. But most importantly, he too is haunted by an early trauma, a poet apparently preoccupied with the natural world whose subject in fact lies elsewhere. I remember Andrew telling me after a reading in 2014 of the kinship he felt with Blunden and just how much he meant to him.

If E.B. were alive today, he might well have his doubts about a website to promote his own work. He would certainly be the kind of writer who avoids Twitter, if only to spare himself all those queries from kids studying the First World War. But I think he would see the point of social media, just as young ‘Rabbit’ quickly picked up the art of signalling and wiring and other arcane trench communications techniques. Although he was ever loyal to his dip-pen, I suspect that so prolific a correspondent might also have rather enjoyed the convenience of email, the quickfire dispatches of WhatsApp, and even have taken to Facebook (although Margi Blunden tells me she thinks not). I can certainly imagine him commemorating key events and posting new poems. For all his natural reticence, he was a ‘people person’ who wrote many letters each day, annotated friends’ books, travelled to reunions, and would enjoy a literary gathering – if not quite as much as an evening at the local. But would he have enjoyed our hyper-connected twenty-first century poets? We can’t know, yet he was always a man who encouraged others, who wanted us to lift our eyes up from the obvious and the immediate, and ask ourselves as he does in his 1930 poem, ‘Premature Rejoicing’: ‘What’s that over there?’ Nowadays it’s his own poetry that’s just out of sight behind that ridge of postmodernism. Some readers may recall the moment in Undertones when the newly appointed ‘Field Works Officer’ is delighted to discover in the ruins of Hamel a forgotten store of rations, ‘a lavish allowance of marmalade, soup squares and other things’. There is a similarly ‘fabulous’ Blunden hoard to be found out there. So I would recommend any reader – especially younger ones and those who write poetry – to track it down wherever and however they can. ‘Take a steady look at it; it’ll do you good.’