Words for Music by Diana McVeagh 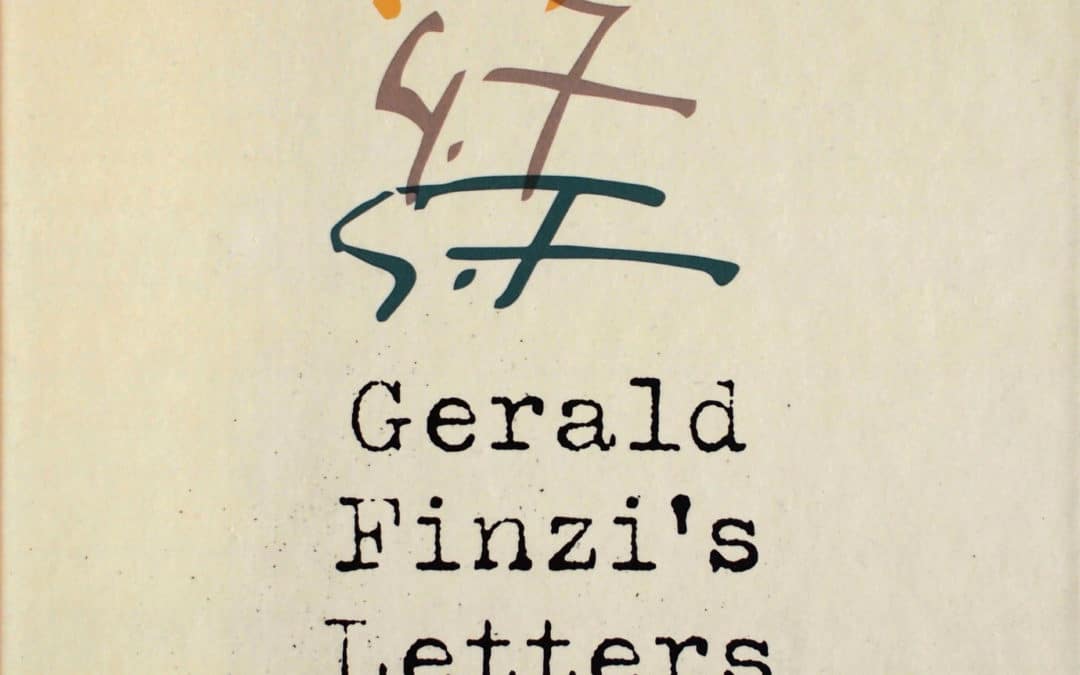 In this blog post, Diana McVeagh, author and editor, describes the partnership between Blunden and Finzi, one the wordsmith and the other the composer. Her book, Gerald Finzi’s Letters, contains copies of their correspondence. We are delighted to offer readers her thoughts on what was a rich and productive relationship.

‘As for EB, well, I have my own copy of The Waggoner dated, in an ill-formed hand, 1920, which tells of a fidelity from the age of eighteen or nineteen to this very day. ’

So Finzi, lover of English poetry, wrote to Blunden in 1949. He had first written to him in 1937, asking him to contribute to the Music & Letters edition celebrating the poet-composer

Gurney, then sadly in an asylum. That Blunden did. Emboldened, Finzi wrote again in 1945, this time asking advice about Gurney’s unpublished verse, and in October they met at the TLS office. Finzi told Howard Ferguson that Blunden’s handwriting was ‘quite the loveliest he had ever seen’.

Their relationship deepened through St Cecilia, patron saint of Music: for her celebration day in 1947, November 22, her committee commissioned a choral and orchestral work, the text from Blunden, the music from Finzi. Then began a series of rare and valuable letters between poet and composer, so treasured by Finzi that he had Edmund’s side of the correspondence bound into what has become known as ‘the blue book’.

It is fairly common to have an interplay between an opera composer and his librettist, as with Verdi and Piave. Finzi himself mentions that between Strauss and Hofmannsthal. In the English 20th century the creation of Troilus and Cressida by Walton and Christopher Hassall is documented in detail. But for a concert work, and between so patient a writer as Blunden and so meticulous a composer as Finzi, it is surely unique. Britten had set Auden’s Hymn to St Cecilia in 1942, but though the poem had been dedicated to him, it had been completed before he began work.

Finzi’s and Blunden’s collaboration began when Blunden wrote ‘I have fancied a little catalogue of saints with their special attributes and so to herself’, suggesting in his verses the tradition of Dryden and Collins. He was modest enough to tell Finzi to be ‘quite decisive if they won’t do’. He was willing, he said, to make ‘minor alterations’. Finzi had made his views on composers’ needs very clear in 1936: ‘a poem might be unsatisfactory in that it has no architectural possibilities; no broad vowels where climaxes should be.’ He stressed to Blunden that his suggestions would be all musical, not poetic, and immediately produced half a dozen small points. Blunden, not a singer, would be unaware that some vowels are not easy to sing at certain registers. Finzi’s serious, interesting request concerned structure: ‘the last verse must build up’ (the Ode was for a ceremonial performance in the Albert Hall) ) but at that moment the poem demanded an intimate level. Could there be a cut? Edmund, recognising a fellow craftsman, made modifications, but defended an emotional connection between the third and last verses. After a few weeks’ work, Gerald asked for another cut, again for reason of form. With some demur Edmund again complied, and also agreed to Gerald’s further tiny requests, reflecting on ‘what does and what does not suit a musical setting’. At the first performance, the Blundens were on their way to Japan.

They returned in 1950. From his comparatively privileged position, Gerald sympathetically deplored what he saw as the grind of Edmund’s life: ‘slaving four days a week at the Times

Lit Office, with three children under five, in his midfifties, no rest, no repose, not even a room to work in his little four-roomed house.’ Gerald tried, though failed, to secure him a civil list pension.

In 1951 the whole Blunden family stayed a week at Ashmansworth for Edmund to select from Gurney’s unpublished poems and to write an introductory memoir for a proposed volume. While the Finzi’s son Kiffer entertained the three Blunden children, Gerald confined Edmund, almost locked him in, to his bookroom, to give him peace to work. Joy Finzi noted that her husband was ‘devoted to Edmund and a great admirer of his mind’. The next year she made the first of her portrait drawings of him, catching his haunted expression and eloquent eyes. The volume, the first of Gurney’s unknown verse, was published in 1954.

In 1953 Blunden took up a post in Hong Kong, this to Finzi’s sorrow but to his biographer’s delight, for their letters marvellously enrich his final years. Blunden was not particularly musical, so the subjects range widely: over books as they came out, over politics, servants – plentiful in Japan, scarce in the Finzi household, over the English countryside, nostalgically invoked , even – jokingly- the US army and brothels.

Finzi had all his life quoted from Blunden’s ‘The Long Truce’ and ‘Return’. In his last year he composed one of his greatest songs, to Blunden’s ‘Harvest’. The two artists shared so much, and here their tone – wry but achingly fulfilled – is perfectly matched.

While working on St Cecilia, Finzi had encouraged Blunden to publish his original version: ‘I can see no reason why a poem shd not have its “poetical” form as distinct from its “musical “ form.’ This Blunden did, in his A Hong Kong House (1962). There he also included ‘For a Musician’s Monument’, his tribute to Finzi and his love of poetry: ‘with what love he met/The sister muse through all her mingled measure.’

I was privileged to interview Edmund Blunden for my book Gerald Finzi: his Life and Music. He spoke most generously about Gerald, and I was enchanted to find his speech as distinctive and elegant as his prose.

Gerald Finzi’s Letters edited by Diana McVeagh is available to order at Waterstones and other online booksellers.